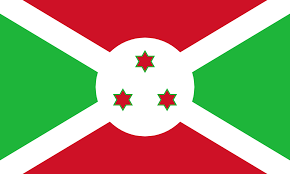 The legal system is based upon French and German customary law.

Before colonization, Burundi existed as a monarchy under the authority of a King (mwami). Traditional laws were used to dissolve disputes in the kingdom. The colonial period has begun with the Germans in the early 1980s where German customary laws applied, and they adopted a system of indirect rule. The French took over in 1916 and continued with the indirect system until 1925 where they adopted the French civil law. Burundi adopted both French civil law and German customary law after colonization.

Civil law is used in most courts; however, traditional laws are used at the local level on matters such as succession governed by customs.

The judiciary system consists of the Supreme Court, the Court of Appeal, Constitutional Court, Tribunals of first instance, Courts of Residence, as well as Specialized courts

The Supreme Court is the highest court of the land. It has original and appellate jurisdiction over civil and criminal matters. It is divided into three main chambers. These chambers include the Administrative Chamber, the Judicial Chamber, and the chamber of Cassation. The Court of Appeal has appellate jurisdiction to hear appeals from lower courts (County Courts and Courts of Residence). They comprise of three main courts based in Bujumbura, Ngozi, and Gitega. The Constitutional Court has jurisdiction on constitutional matters such as violation of human rights. It ensures that the constitution is adhered to strictly. The Tribunals are local county courts which are located in each of the 18 provinces in Burundi. The Courts of Residence are Resident Magistrate’s Courts which operate at the commune level. They have jurisdiction over both civil and criminal matters. Specialized courts are tailored to specific reasons such as labour matters which are presided over by Labour Courts.

Burundi is a member of  :